Recently I’ve been working with a site that has had a ton of problems. The latest issue was that we needed to configure the Active Directory integration which involved setting up an .exe that handled importing users. Unfortunately, with the cloud hosting of the CMS, the .exe didn’t work.

I contacted support and they basically said I was shit outta luck! They basically told me I needed to upgrade to the latest version in order to use that feature with their cloud hosting.

Better give up and tell the customer… right?

Nope. Screw the CMS vendor, let’s fix it ourselves.

So what does the AD import utility actually do?

Sounds simple enough, now what’s the problem? Here is a screenshot of the actual error: 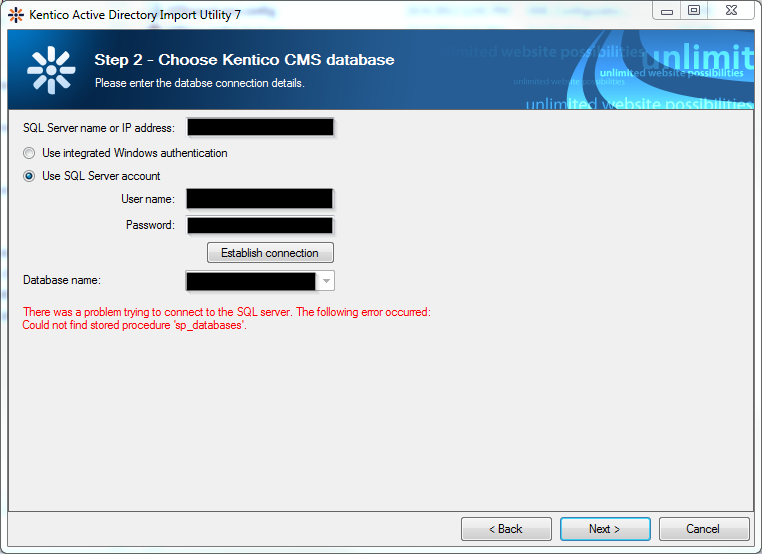 After speaking with support and googling around I figured out that sp_databases is a system stored procedure in SQL Server that lists out the databases on the server. Since the CMS is using a certain type of cloud hosting, we don’t have access to that stored procedure. But that shouldn’t really matter. We already have all the connection information handy. I’m guessing that the utility is doing an extra call to sp_databases.

Now that we’ve formed a hypothesis about why the error is occurring, how do we actually fix it?

Luckily for us, .NET and things created with .NET are not black boxes. Let’s crack open the .exe and try and find the specific problem with the code.

For examining the assembly (.dll or .exe) we have a myriad of options:

I think I originally started with ILSpy to identify the issue. However, identifying the issue is only so valuable. Now I needed to fix it.

ILSpy will allow you to save the decompiled C# code to disk, but then we would have to manually recompile it. Another option would be to use the IL Dissembler (Ildasm.exe) to decompile the assembly into it’s IL, but that would require a little bit of work too. It’s 2014, let’s take the easy way out.

With a bit more googling I found Reflexil, “The .NET Assembly Editor”. From the homepage:

Reflexil is an assembly editor and runs as a plug-in for Red Gate’s Reflector and Telerik’s JustDecompile. Reflexil is using Mono.Cecil, written by Jb Evain and is able to manipulate IL code and save the modified assemblies to disk. Reflexil also supports C#/VB.NET code injection.

So I grabbed JustDecompile, opened up the plugin manager, and installed the Reflexil plugin which is labeled as “Assembly Editor” in the plugin list.

Armed with the Reflexil plugin let’s take a look at what I found: 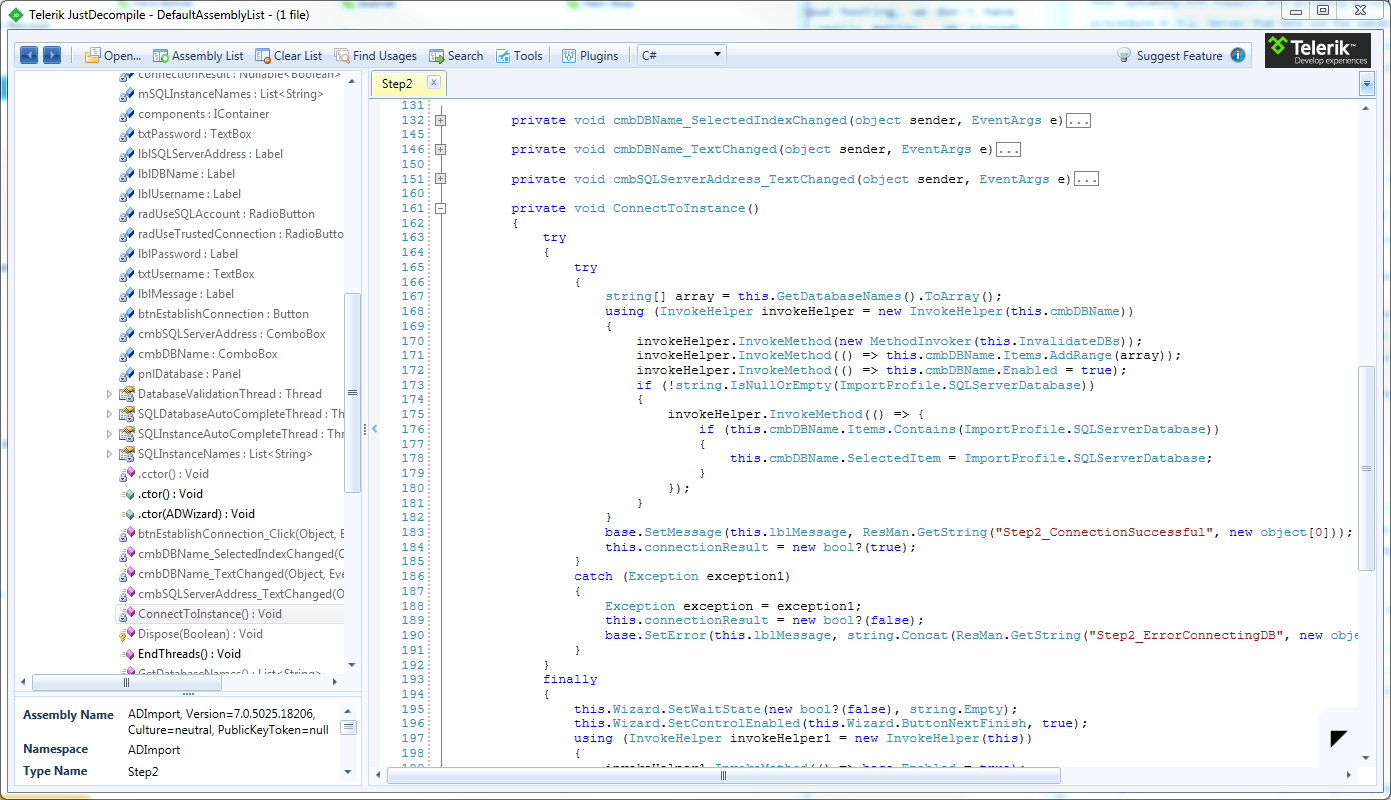 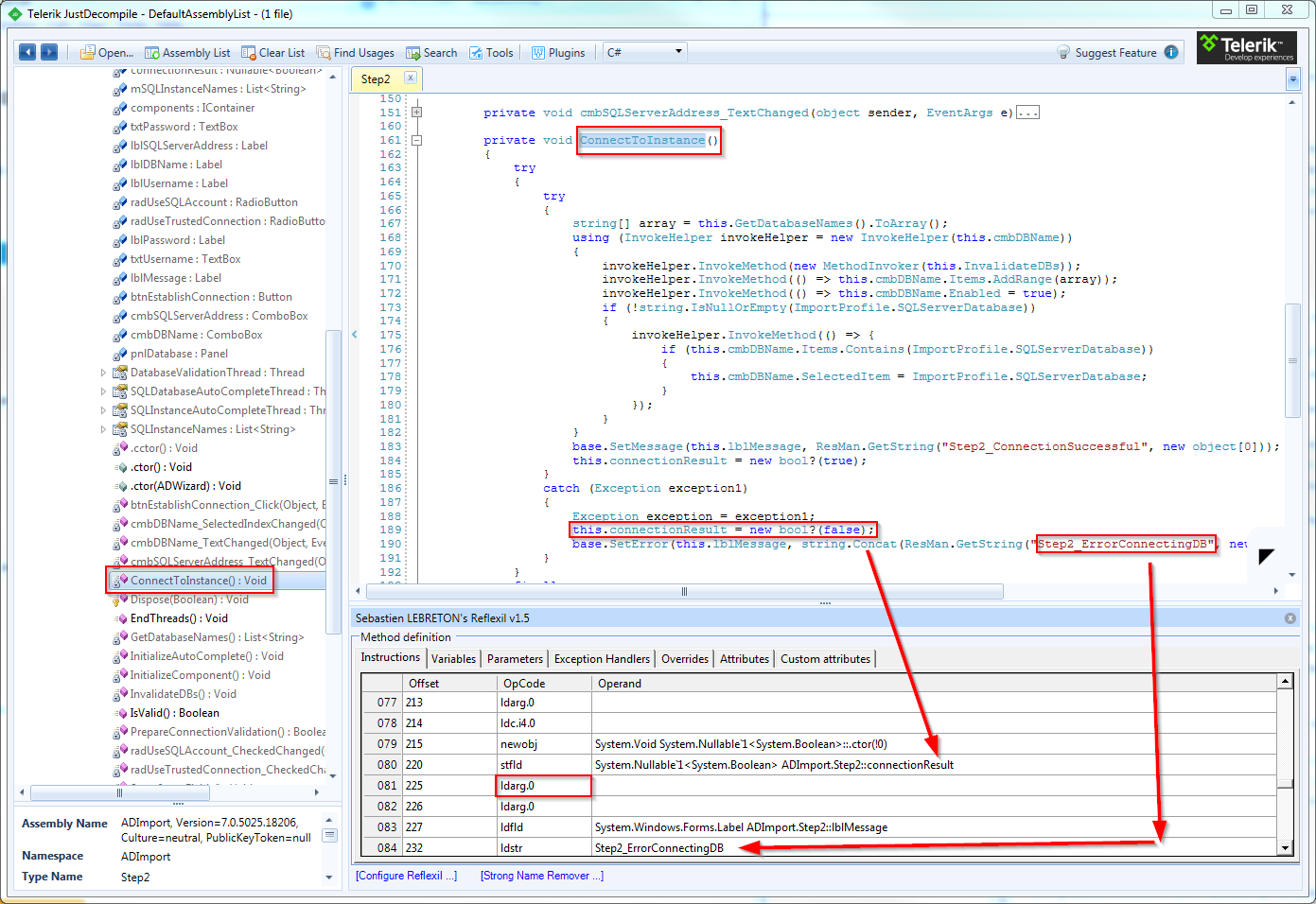 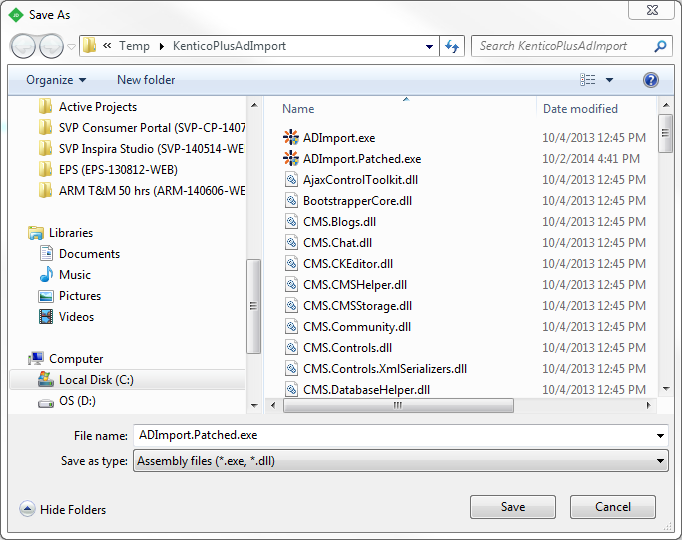 OK that’s a lot of information, let’s dissect the steps needed to follow along:

And there you have it! I prevented having to tell the customer that they would need to upgrade their CMS, all in about 2 hours. The result was that the error message flickers in the step for a split second before the wizard just proceeds to the next step.

While this sort of thing is usually a last resort, it is definitely something you can do, even without deep knowledge of IL and how .NET works. I know next to nothing about actual IL code, I just googled the instructions to find out what they did.

So the next time you encounter a .NET .exe or DLL you don’t have the source for, don’t be afraid to take a peak inside and maybe even change something!